About Alaska Escorted or Guided Tour

Escorted by Nette Bacaling a Cruise Specialist who worked with Holland America for several years.
You’ll venture deep into the Yukon and back in time to 1898 when gold was discovered in a tributary of the Klondike River. Follow in the footsteps of the “Sourdoughs” to seldom-visited Whitehorse, rugged capital of the Yukon Territory. Walk the boardwalk of rough-and-tumble Dawson City, with its false-front buildings, unpaved streets and Klondike Gold Rush heritage. Ride the narrow-gauge White Pass & Yukon Route Railroad, a civil engineering landmark, through breathtakingly beautiful terrain to the White Pass summit. 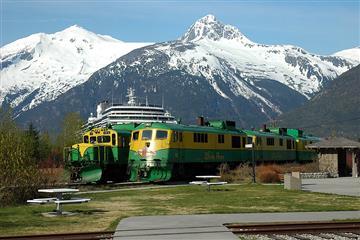 Enjoy the best of what Nicaragua has to offer with McPhail Travel!