3 Greek Islands You Must Visit Before You Die

Greece is famous as the cradle of Western civilization. It's the birthplace of democracy, Western philosophy, literature and drama, marathons, the Olympics, plus some of your favorite math principles.

Modern Greece consists of a mountainous mainland and hundreds of islands surrounded by the Aegean, Ionian, Cretan and Mediterranean Seas. Over two hundred of the islands are inhabited, many of them rich in history and mythology, as well as the Mediterranean culture, cuisine, maritime and beach lifestyle that makes Greece one of the top bucket list travel destinations.

Some travelers in the know take holidays to Greece year after year, and Greek islands are a highlight of Eastern Mediterranean cruises. If you've never visited Greece, here are the islands you just can't miss.

Photo (Credit) SantoriniSantorini inspired the title of this article. It's continuously named the 'best island in the world' and the 'Greek Island you must visit before you die'. (But we think all the islands in this list merit the title). (Top Photo Credit)

When you hear 'Greek island', chances are that the sight that pops into your head is one of the iconic pictures of Santorini. The island's sky blue domed church roofs, white washed buildings on the edges of cliffs, and steep, narrow cobbled streets overlooking brilliant blue seas stand in to represent the iconic Greek island vista of everyone's travel dreams.

Santorini is what remains of an island after the eruption of an ancient volcano. Now, a giant lagoon is encircled by the 300 m (980 ft) high cliffs of a crescent shaped island and a much smaller island opposite where the remaining volcano rim is still above the sea. Visiting ships, yachts and local fishing boats approaching the shelter of the curve are afloat in the crater of the volcano. Inside the caldera, the water is so deep - over 400m - that only the largest ships can anchor.   Santorini's capital, Fira (Thira) clings to the top of the cliff over the lagoon. 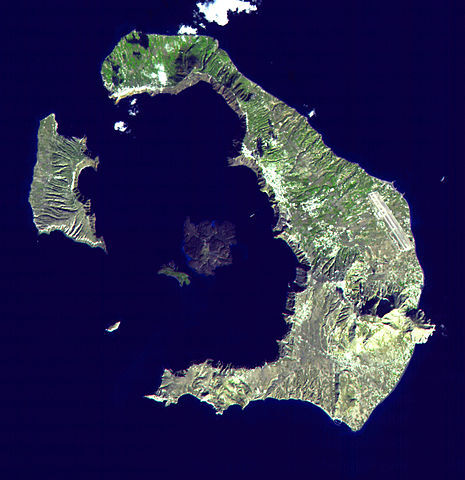 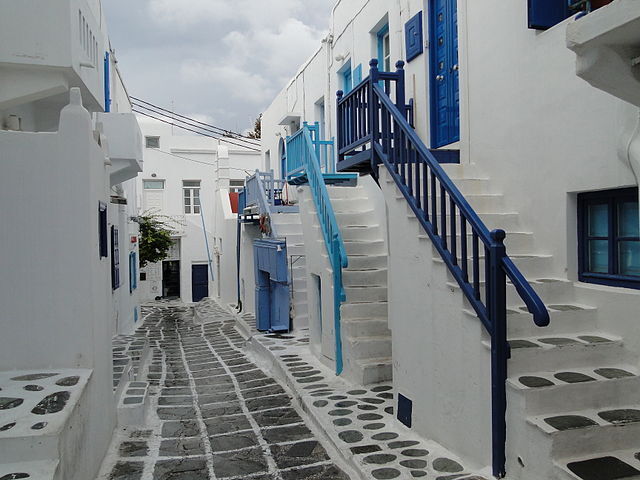 MykonosMykonos is the Greek island where Ibiza party and French Riviera beach lifestyles meet. Cosmopolitan and glamorous, Mykonos may be Greece's most fashionable holiday destination. Luxury hotels, stylish bars, clubs and parties where beautiful people come to see and be seen until dawn, then sleep it off on magnificent beaches or private yachts… if that is your style of travel, Mykonos is for you. It's also known for being an LGBT-friendly destination and party central. 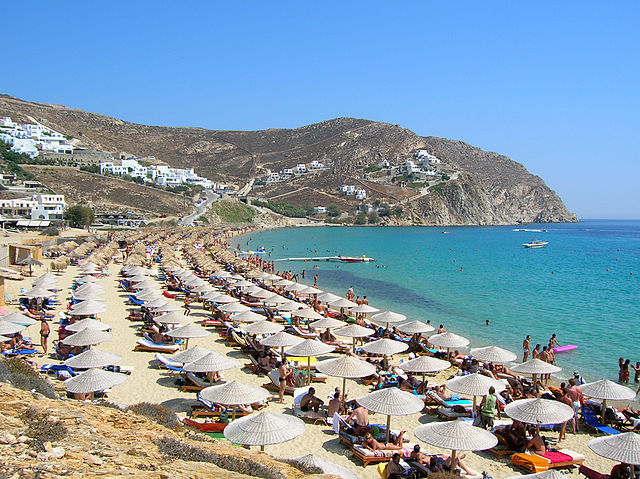 Mykonos is both the island and its main town, which is also called Chora (meaning 'town', in the Greek style of towns with the same name as their islands). Picturesque local architecture, sunsets, people watching and shopping appeal to visitors of all ages. 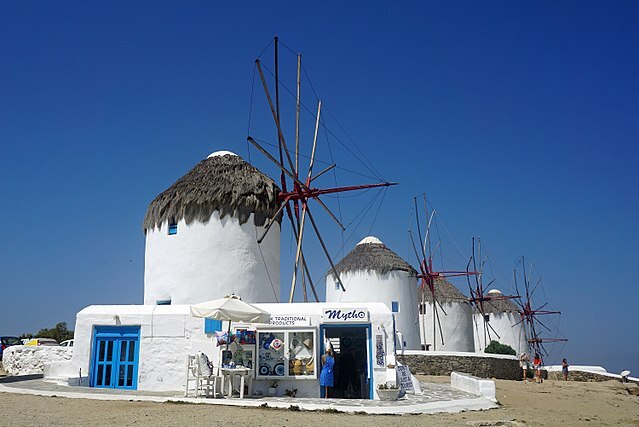 The island's nickname is 'the Island of Winds'. Windmills are one of the defining and unique features of the Mykonos landscape, built by Venetians in the 16th century to grind flour and used until electricity took over only a few decades ago. 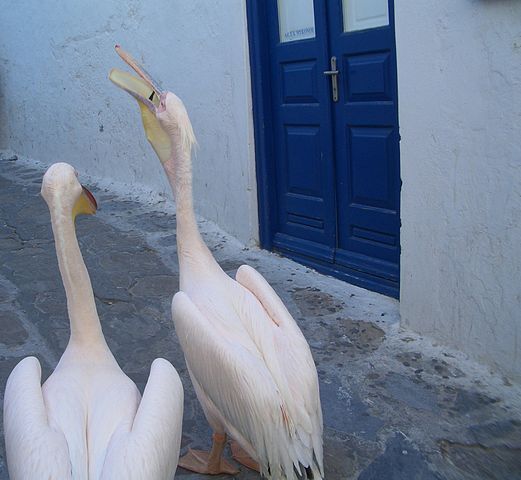 Don't Miss: Romantic, artistic Little Venice, where rows of 18th century colorful fishing houses with overhanging balconies line the seaside, many of them shops, cafes, and galleries. And Petros the Pelican, the mascot of Chora's waterfront.

(Photo Credit) RhodesRhodes' nickname is The Island of the Knights. Its Old Town is a UNESCO World Heritage Site, one of the best-preserved medieval towns in the world. Walking its Street of Knights, you feel transported back to the Middle Ages, when conquering Crusaders built fortifications, the Palace of the Grand Masters, towers, inns and rest of the medieval city and streets that remain today. 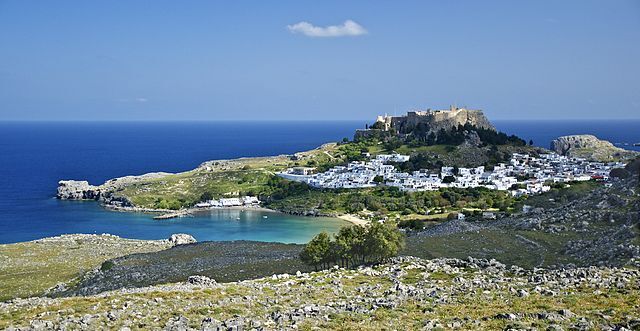 But Rhodes' history pre-dates mediaeval knights by thousands of years, when the island's strategic position made it central to ancient history. One of Rhodes' lasting claims to fame is a landmark that no longer exists. 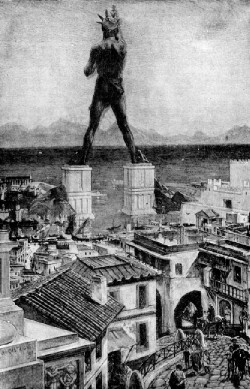 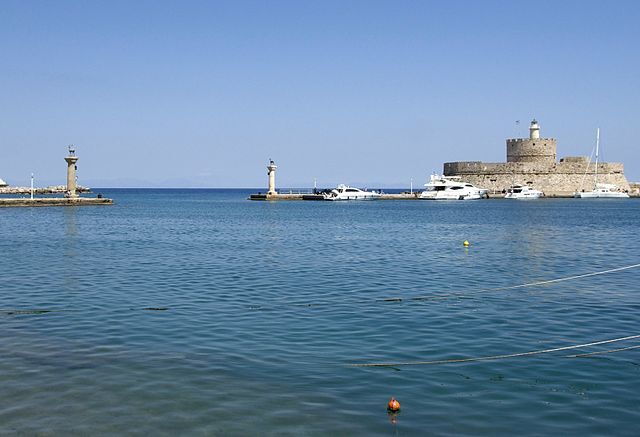 The Colossus of Rhodes was one of the Seven Wonders of the Ancient World. Erected in 280 B.C. at the Mandraki harbor to mark a battle victory, the Colossus was a bronze statue of extraordinary size - about the same as the Statue of Liberty! Rhodes' Colossus stood for less than a century before an earthquake toppled it. Even then, for another 800 years, its remains lying on the ground drew travelers to Rhodes to marvel at and write about its size. Today the statues of deer on pillars at the entrance to the harbor mark where the Colossus' feet were said to stand and allow ships to pass beneath this feat of design and engineering. 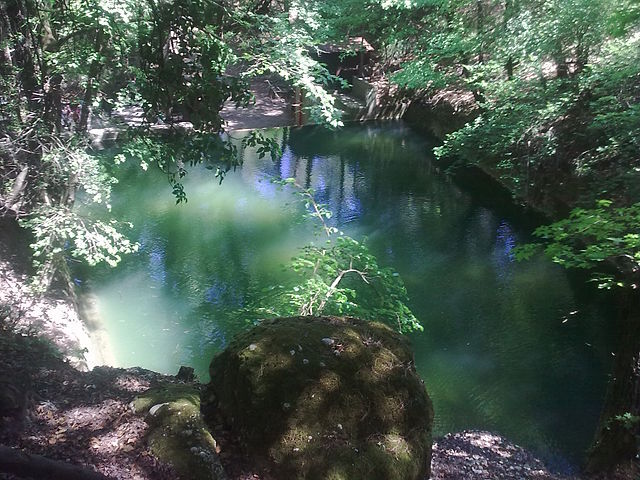 Don't Miss: The beaches. Don't be so distracted by the history you miss its stunning beaches. The wine. Rhodes is said to have been the first island in the Aegean to cultivate vineyards for wine; that tradition continues today. The lush, green interior and emerald fresh waters inland from the beaches.

When to goIn most of the Greek islands, the sun shines 300 magical days a year. Summers are high season for travelers arriving by air and cruise ship, but April- June and September- October are blessed with lovely weather. Looking for mild weather, quiet exploration – and a bargain? More and more people are discovering Greece in early and late winter months too.

Where's the Best Place to be on National Cake Day?

Three Falls to Fall in Love with This Fall